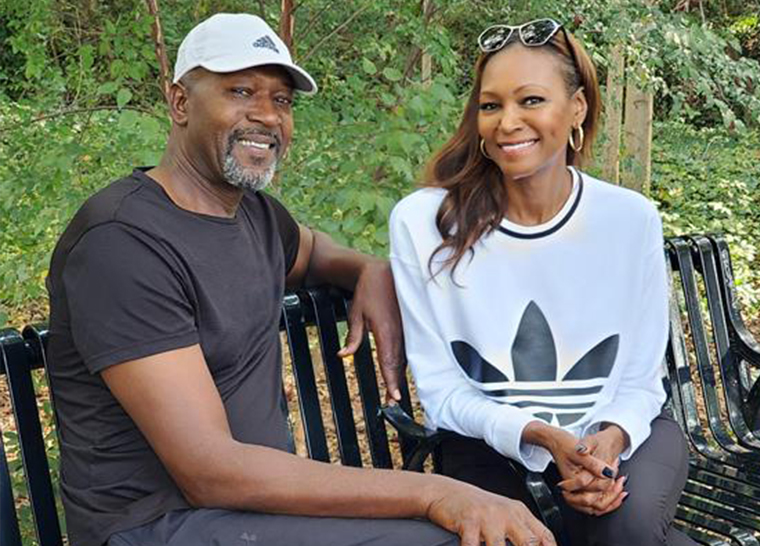 One in five children is sexually abused before the age of 18. For Atlantan Chloé Taylor Brown this wasn’t just a statistic, it was her reality. She was abused at age seven, and kept it a secret for more than 20 years. It wasn’t until she became a mother for the first time that she finally shared her experience with her husband, Rick.

“I knew there was nothing I could do physically to help her because it happened so long ago,” Rick said. “But I knew I could help her by listening to her. Back then, I didn’t know that kind of thing happened because I never experienced it, and I never knew anyone who had experienced something like that as a kid growing up.”

Chloé said once she told her husband it lightened her burden. “It just took a load off my shoulders…not only for me the woman, but also for me the child.”

Today, Chloé is a model, mentor, lifestyle coach and publisher and editor of Flourish Digital Magazine, and yes, a survivor who is thriving. And Rick, a former NBA player with the Golden State Warriors and Atlanta Hawks, and former European player and two-time European Champion, now mentors’ young men and middle-aged men with Brothers for Brothers.

The Younique Foundation, a nonprofit based in Utah and Georgia, is committed to the eradication of child sexual abuse and its traumatic impacts. “We exist to support people like Chloé — by providing free healing services for survivors, prevention resources for parents, and advocacy tools that can help create change across communities,” said Executive Director Chris Yadon. “We need your help to liberate individuals and society from the epidemic of child sexual abuse. When you donate, 100% of your gift will go directly to healing and prevention services.”

Chloé is a mentor for young women and girls who sometimes share with her that they are survivors of child sexual abuse. “It’s just a beautiful thing to be able to say there is help, and I know a place, and it’s called The Younique Foundation,” she said.

Each year, an event called “Giving Tuesday,” a global day of charitable giving which falls on the Tuesday after Thanksgiving each year, encourages people to kick off the holiday season by giving back to a cause that is important to them. This year the Browns are lending their support to The Younique Foundation.

During the month of November, the Browns are asking the public to join its fight against child sexual abuse by taking action and making a donation to help fight this pandemic. This opportunity crescendos on Giving Tuesday set for Nov. 30.

“Child sexual abuse is prevalent, it’s everywhere, and we have an opportunity to do something about it. Join with me and Rick, and The Younique Foundation as we support those who need help so they can start to thrive and flourish in their lives,” said Chloé.

The public can donate throughout November here. Ongoing monthly donations are also encouraged. A $20 donation provides therapeutic healing materials; a $50 donation educates a parent online;  a $200 donation funds a class in the community; and a $2,500 donation covers the cost of an adult female survivor attending The Haven Retreat.

To learn more about The Younique Foundation visit youniquefoundation.org.