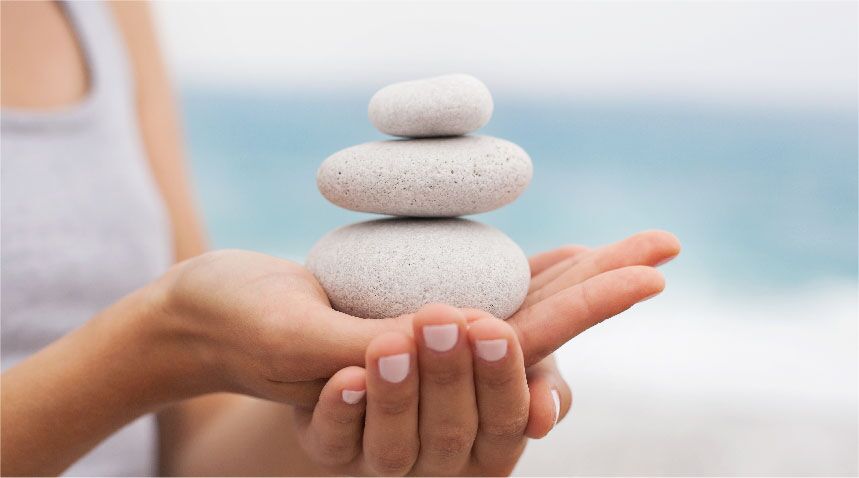 The Magic of a Kind, Clear No

Imagine that you’re stacking rocks to build a pyramid. You lay a firm foundation of rocks and then stack another layer on top of that. You keep adding rocks until you reach the top layer that has just one rock. But you don’t stop there. You still have more rocks, so you keep stacking them, building a rock tower on top of your pyramid. For a while it goes fine. You stack one rock on top of another until they’re eight high, then nine high, then ten high. As you keep adding rocks, the tower starts to wobble. You get a couple more rocks on top, but then the whole thing comes crashing down.

Think of this rock tower as a metaphor for your time and commitments. Every time you say you’ll do something, you add a rock to the top of the pyramid: dropping your kids off at school, taking on an extra project at work, picking your daughter up from basketball practice, going out to lunch with friends. You can add a lot of commitments, but if you add too many, your life starts to lose its stability. At some point, it might even come crashing down. The reality is that you have a limited amount of time. It’s important to not overcommit and to make sure you’re reserving enough time for your own self-care.

Finding that balance can be hard. Saying no is often difficult, but developing this ability can contribute to your healing. It will help you establish and maintain boundaries, and you can ensure that you have the time and energy for yourself. Here are three things to think about that will make saying no easier.

Your needs are important.

It’s easy to feel like the needs of those around you are more important than your own. In fact, sometimes it might even feel selfish or unkind to say no to someone else so that you make time for yourself. Of course you want to express your love for the people you care about by devoting time to them. But your needs are important. Make sure you acknowledge that you have legitimate needs that deserve your attention.

If a friend asks you to go to dinner, and you say no because you don’t have time, you’re not saying, “I don’t want to be friends with you anymore. Our relationship doesn’t matter to me.” You’re just saying you don’t have time for dinner. Be sensitive when declining something. After all, you don’t want to hurt someone’s feelings. But don’t assign more weight to saying no than it deserves.

Be mindful that saying YES to one thing means saying NO to something else.

You want to fill your life with productive and satisfying relationships and activities. But there are lots of potentially worthwhile things you could spend your time doing, and there’s not time for everything. You should feel comfortable saying yes to the things that you want to, but you have to make some decisions. Decide what you want to say yes and no to because there’s just not time for everything.

Healing from the impact of child sexual abuse takes energy and effort. Feel empowered to give yourself the time you deserve to focus on your healing. There’s probably not anything more worthwhile and beneficial you can do with your time.