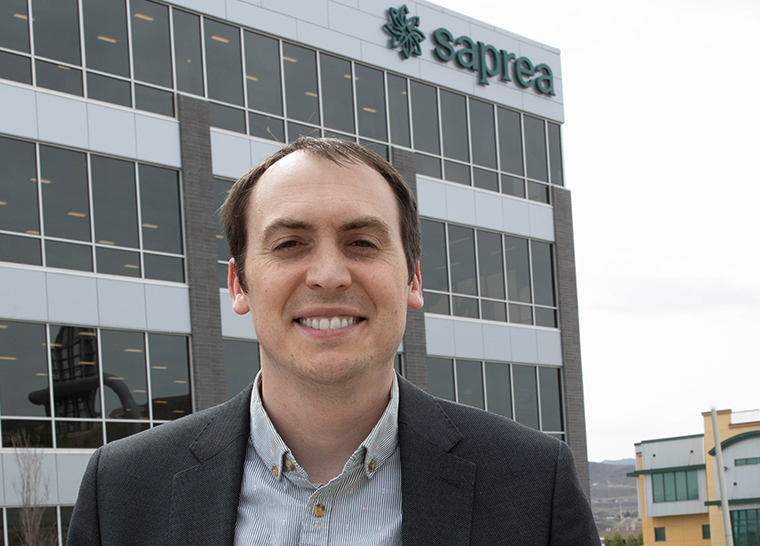 Saprea has announced changes in its leadership roles. Chris Yadon, who has served for the last seven years as Saprea’s inaugural executive director, will become the new managing director, and Matt Hartvigsen, currently serving as chief outreach officer, will replace Yadon as executive director.

“I have high trust in Matt and his ability to strengthen our organization,” said Yadon. “Dividing my responsibilities is bittersweet, but now is the time to focus on key aspects of my organizational leadership while delegating operational responsibilities to Matt. He is prepared, loved within Saprea, and will elevate our capabilities.”

Hartvigsen has been with Saprea since its creation in 2015, serving as the nonprofit’s first education manager, and two years later becoming the director of outreach. He holds a bachelor’s degree in English from Brigham Young University-Idaho, and a master’s degree in public administration from Brigham Young University. Prior to his work at Saprea, Hartvigsen spent five years at the Deseret News and Deseret Digital Media.

“I love the work we do at Saprea,” said Hartvigsen. “I am inspired by our mission every day to liberate individuals and society from child sexual abuse and its lasting impacts.”

In 2018 Hartvigsen was named one of Utah Valley Magazine’s 40 Under 40 where he said his ultimate vision was “being the executive director of a foundation I feel a strong affinity for.”

In his outreach role Hartvigsen was responsible for initiatives that provide extensive education to the public on the issue of childhood sexual abuse. He directs efforts to involve as many people as possible in taking action to prevent abuse and regularly interfaces with community leaders, elected and volunteer civic leaders, educators, clergy, nonprofit executives, and parents. His tenure saw the launch of Saprea Support Groups, volunteer events, and hundreds of digital resources for survivors, supporters, and families. He oversees language translation efforts in an effort to provide Saprea resources worldwide.

Hartvigsen represents Saprea as a member of Prevent Together, the National Coalition to Prevent Child Sexual Abuse and Exploitation.